Here are five amazing zombie films to get you pumped up for Humans Vs. Zombies!

1. Night of the Living Dead – In George Romero’s 1960s cult classic, the living dead begin attacking innocent bystanders after a satellite has crashed. This film includes plenty of the scares that are expected to come with an old zombie film. The director is known for famous zombie films, which also include “Dawn of the Dead.” Surprisingly, the film gives great advice on hiding since the main characters are sheltered for a portion of the film. They also travel in packs, which could be useful to all the zombie slayers out there. 2. Zombieland – This is a more comedic take on the whole zombie genre. It features a hilarious cast that includes Woody Harrelson, Jesse Eisenberg, Emma Stone, Abigail Breslin, and Bill Murray. All the characters in the film are named after the states from which they originate. The film provides many hilarious tips such as, “Double Tap.” This is when one shoots the zombie once then proceeds to shoot it again for good measure. 3. The Crazies – Zombies attack yet again, and this time it isn’t some weird unknown virus…it’s the water! The zombies in this film are quite brutal and fast. There were many scenes that made me jump because they were so unexpected. Tip: Watch out for the fast runners!

4. Planet Terror – In the film directed by Robert Rodriguez, innocent people are turned into zombies by an experimental weapon. It consists of a strong and likable cast featuring Mr. Bruce Willis and the talented Josh Brolin. The film’s style is a bit unusual to some, in the sense that the action is extraneous and ridiculous and the plot doesn’t add up well on some scenes.

5. Shaun of the Dead – with Simon Pegg and Nick Frost. These two Brits do comedy yet again in this delightful zombie romp. Edgar Wright and Simon Pegg paired up and wrote the fast-paced script. The film has plenty of laughs and scares. There are many memorable scenes as well, ranging from the disturbing ending sequence or the hilarious scene when Shaun walks in the street, thinking that everyone around him is a normal person. 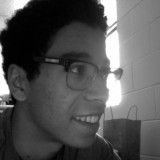