Michelle Phan, Elle and Blair Fowler, and countless other college students have one thing in common. That “thing” is worldwide YouTube fame. In just a few short years, these girls have racked up millions of loyal subscribers, thousands of twitter followers, huge endorsement deals, and copious amounts of money. You can have it too– all you need is a video camera, some editing software, and the right personality.

Youtube.com is one of the world’s largest and most popular video sharing sights. In one month, 800 million people will have visited or watched a YouTube video.

Michelle Phan started making YouTube videos in February 2006 under the username “Ricebunny.” When people began to comment on her videos asking for her to do makeup tutorials and transformation videos, she started a new channel self-titled, “MichellePhan.”

In the last seven years, Phan’s channel has grown to more than 2,900,000 subscribers and has landed her a deal with mega makeup brand Lancôme as a video makeup artist for the company. She even has her own makeup palette she designed for the brand that retails for approximately $50.

Phan has also started a new company called Ipsy, which sends out beauty bags with new products for makeup lovers to try.

According to Celebrity Net Worth, Michelle Phan is worth approximately 3 million dollars and her videos on her main channel have been viewed over 700 million times.

Elle and Blair Fowler are two girls who lived in Kingsport, Tennessee with their family. While Elle was attending college, she discovered the YouTube beauty community and fell in love with it. Shortly after, in July 2008, she started making videos and also influenced Blair to start.

They continued to make videos and were later approached by Seventeen magazine to be apart of a new endeavor that they called “Seventeen Beauty Smarties.” As Beauty Smarties, they were featured as beauty consultants and posted makeup videos on the magazine’s website.

The two have started their own makeup company called Skylark Cosmetics. They have also been nominated twice for a Teen Choice Award in the web-star category. They now live in Los Angeles, California.

The two girls have also written a novel entitled “Beneath the Glitter” which is loosely based on their rise to YouTube stardom. They are currently working on the second novel in the series called “Where Beauty Lies.”

While it may seem like an unachievable lifestyle, anyone can really do it. YouTube has a program called the partner program. There are currently more than one million partners on YouTube from 27 countries. As a partner, you can give YouTube permission to monetize your videos. With that, every 1000 views you get on a video, you receive a certain amount of money.

To learn more about the partner program, you can visit www.youtube.com/yt/partners. 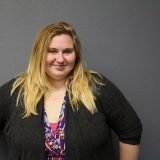 Laura Hahn is an 18 year old college freshman at Vanguard University. She enjoys photography, cinematography, writing, journalism, reading, and going to the lake.