An elite unit of Mexican Marines and United State officials planned out a surgical operation, which led them to capture Mexico’s No. 1 drug Lord, Joaquin Guzman, better known as “El Chapo.”

According to Forbes magazine, Chicago branded him  “Public Enemy No. 1 since Al Capone.
A couple days prior to the attack, Guzman had made the mistake in using a satellite phone, which helped Mexican officials determine his location.  Once the location was proven, the officials used infrared and body heat scanners to detect his position.  An element of surprise was planned while Guzman and his bodyguards were sound asleep, so the task became easier.

All officials raided Guzman’s room, not a shot was fired, and he was arrested.
Reports indicate that Guzman had an AK 47 next to his bed but had no time to grab it; because of the element of surprise.
In the houses where he would stay, Guzman made underground tunnels that connected him from one place to the other and allowing him with easy access to different locations.  This is the way he escaped the police for about 13 years.

His empire is responsible for an estimated 25% of illegal drugs that enter the U.S. via Mexico.Drug enforcement experts estimate his cartel’s revenue to exceed 3 billion dollars.

There is no expectation that “El Chapo” will stop his drug trade even while he is in prison.  Authorities are hopeful that this arrest will lead them to more members involved in Guzman’s drug cartel.
Guzman’s trade location concentrates within Chicago and Mexico, as well as other parts in the Midwest. Chicago is one of the biggest transportation hubs that can ideally transport to other places in the U.S. within a days drive. It has 2 major airports and six of the seven major railroads in the United States. This city accounts for one quarter of the entire country’s rail traffic. It goes to show that if you’re looking to efficiently move products out, Chicago is the best place.

Drug Cartels in the United States don’t compare to the work of Guzman.  He is responsible for bringing more heroine, cocaine, and meth into this country than any other organization.
United State officials only hope their Mexican counterparts will cooperate with keeping Guzman under bars.  The last couple times that Guzman has been in prison he has managed to bribe dozens of federal prison guards in Mexico to hide him in a laundry basket and walk him out the front door in 2001, an official noted.

The criminal activity that Guzman dealt with while running his business led to millions of deaths and destruction through drug addiction, violence, and corruption. 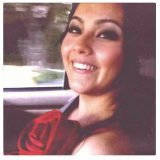 Anays is a Senior at Vanguard University majoring in Communications with an emphasis in Journalism. Her hope is to work for a magazine company as a layout editor, writer, social media specialist or spokesperson and while at Vanguard perfect her writing for possible opportunities in the industry. She is currently interning for LakersNation as a Staff Writer! She loves to write on her time off, she enjoys good conversations over coffee, watching a good movie, going on adventures and spending time with her family and friends. She serves on the Worship Team at her church and loves to talk about Jesus. There's nothing she loves more than to smile a lot and receive a big hug!