In a double hitter on January 29, Vanguard University women’s softball team lost 5-3 game one, and 7-5 in game 2. Although they lost, with being a new team this year and their first game of the season, there were some players who shined on the field.

Game one started off with San Marcos coming out strong with two points in their first at bats. In the bottom of the first inning Vanguard was unable to return the points, and left the score 2-0.

In top of the third Vanguard, was able to hold San Marcos off with no one coming in to score. Lindsay Sullivan a senior and number 30 came up to bat in the bottom of the second inning and scored a homerun clearing it over the fence. With a new fire under their feet, the girls seemed more determined than ever to finish this game strong.

During the bottom of the third inning, Kaitlin Estes a sophomore and number 18, also scored a homerun, putting her team at a tie 2-2. As the game progressed San Marcos came back in the top of the fourth inning with two more points on the board that would once again put them in the lead. Even though they were behind, Vanguard was not going down without a fight.

The bottom of the fifth San Marcos scored another point, the score was now 4-3. Hoping they still had a chance, San Marcos finished it off with scoring another point and making the final score 5-3. Although Vanguard was unable to come back in the end their determination and ability to communicate and work together was made evident on the field.

In the second game San Marcos was up to bat first and they were able to score three points in the very beginning.

The final score was 7-5, San Marcos, although Vanguard was unable to win, now they are able to go back and prepare for their upcoming game this Friday February 5, at 1:00 pm. 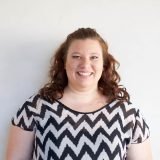 I am currently a student at Vanguard University, earning a degree in Communications with an emphasis in organizational interpersonal relationships. Although my emphasis is not specifically in journalism, I want to build on my writing skills while pushing myself outside of my comfort zone. My goal one day is to be a motivational speaker, and I know that to obtain a job like that, I must have good writing skills along with the ability to communicate with an audience. What better place to exercise and build those skills then here.