Lobby couples: a concept well known throughout campus and not in the good way, either.

From freshman to seniors, residents have long dealt with these couples trying to make any normal person uncomfortable in their own living environment. Now the epidemic is even spreading to commuters in the Cove.

Every student knows the kind of couples I am talking about; the ones that sit on the furniture meant for studying, but instead they turned it into their own personal bed. A bed that they stay at for hours and hours on end, doing things that will make no one else want to sit there ever again.

While most would clearly have an issue with this display of affection, there are some who would think us crazy and over dramatic.

These people say how cute they are, that they must really love each other, to not care what other people might think. However, this is simply not the case when an innocent student is trying to walk to class gets stopped by a couple making out right in front of Heath lawn. If that isn’t crossing the line, I don’t know what else to say.

Speaking as someone who is currently in a relationship, I feel like it is these couples who not only make everyone want to move far, far away from the lobby, the Cove, or anywhere they let their affection bleed through. They are also giving being in a relationship a bad name.

For me, there have been many times I refused to hang out with my boyfriend in the lobby in fear of being associated with inappropriate behavior. No one should want to be a lobby couple.

So, if you are reading this and find yourself thinking back to all those times sitting in the lobby with your boyfriend or girlfriend making out for all to see, I am talking to you right now. From the entire student body to you: please stop.

No one wants to see this height of affection any longer in their college experiences.  If it helps for you couples out there, the next time you want to get too cozy in the lobby, I recommend you think of those past that have done the same thing on the same chair as you. Then understand that try as the school might, lobby furniture is always in need of a proper cleaning.

It seems like a no brainer: what you need to do in this situation is find a new place to cuddle up that isn’t supposed to be our living room. 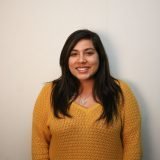