Dealing with emotions was not my cup of tea. I didn’t talk about my feelings with anyone. Not my parents, my friends, or church leaders. I didn’t know how to articulate how I was feeling without worrying people. My own head was a warzone for a large portion of my life.

When I was a freshman in college, I had gone through several hardships within the span of three months, including the death of my grandmother. It took an extra toll on me since I was away from my family and had to deal her passing by myself.

I had a mentor who guided me through my spring semester. Halfway through, we had a deep talk and she suggested I go to therapy to work through my problems. She told me that it was beneficial and would really help me. Finally, I agreed.

The Counseling Center got back to me fast, which was surprising since I was told that I might have to wait a semester to see a therapist. My first meeting was on the following Thursday. I stood outside the door to the Counseling Center and stared at the doorknob.

I was absolutely terrified.

Therapy was a scary concept to me. I thought it was for people who were really messed up with intense problems that I felt I did not have. I was afraid of being judged by my therapist for what I was going through. I was ashamed to tell people that I had to go to therapy, because I did not want to accept the fact that I felt, in a sense, damaged.

With hands shaking and heart pounding, I found the courage to take the cold doorknob in my palm and open the door to a life changing experience.

My fears about therapy completely disappeared. My therapist was kind, understanding, and helpful. She knew what was best for me, and the therapy room was the safest place I have ever been. I only met with her for about eight weeks, but I was finally dealing with my emotions in a healthy way. Therapy became the highlight of my week.

By the end of the semester, I felt emotionally recharged and ready to face life.

Though it is not the same for everyone.

While speaking to some of my friends who have also gone through therapy at Vanguard, they had different feelings that I did my first year. One told me that she went to three sessions and could not handle it because she could not get along with the therapist that was assigned. Another friend told me that she had to deal with her problems alone, because she was not being helped in the way that she needed.

But if my experience was so positive, there has to be a better way, right?

When signing up to start therapy, there was no questionnaire about our personality and what we were looking for in a therapist. Each student fills out a form with a list of different situations and a range of 1-5 regarding how much they related to that certain feeling.

The only therapist “preference” option we were given was if we wanted a male or female therapist. Other than that, all students went into their first therapy session blindly with no sense of what to expect from it.

Knowing how each therapist runs a session would soothe students’ fears about therapy and help students be paired with the right fit. Therapy largely depends on starting off on the right foot, with a firm foundation and trust in their therapist. Without a connection, it will only be harder to students to find healing.

No one should be afraid to go to therapy or think it isn’t for them. Our Counseling Center is a blessing all students have the privilege of partaking in, but everything always has the potential to become better. Creating a way to match a therapist and student together based on the student’s needs will not only benefit the student going into counseling, but other students around campus who are too scared to try it out. 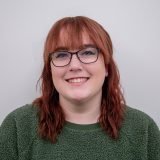 Paige is a Communication major with an emphasis in Emerging Media. When she's not studying, she can be found working down the street at Chick-Fil-A or hanging in LA past midnight. She loves writing, reading, and playing music whenever she can.